Lewie is a five year old French Bulldog who was rescued by his current owners eighteen months ago. He came to them with skin problems which were causing him a significant amount of discomfort.

Skin problems are common and are caused by a variety of things including irritant chemicals, parasites, infections, food allergies and atopy. Atopy is a genetically-predisposed tendency to develop an allergy to the environment, and affects around one in ten dogs. Typically atopic dogs persistently lick their feet and have recurrent ear and skin infections.

There are a number of diagnostic tests we may choose to perform when an itchy dog is presented to us but it is important to ensure that external parasites such as fleas and mites are not the cause of the problem before investing lots of time and money in these. The first step is to ensure that they are on a prescription anti-parasitic programme, as many products on sale are of limited efficacy.

Skin scrapes or swabs, or hair plucks, may be performed before investigating the possibility of an allergy. A small proportion of skin allergies are due to a reaction to food, so we may advise trialling a diet where the protein has been broken down (hydrolysed) so it is not recognised as an allergic threat.

If this is not successful we can perform blood tests to look for allergic reactions to grasses, tree pollen, mites or moulds. The results can be used to design allergen specific immunotherapy (desensitisation vaccines). We have a number of dogs that are controlled with regular injections but, unfortunately, most atopic dogs require further treatment.  Immunosuppressants, such as steroids and cyclosporine, have been used for many years and recently more targeted treatments have been introduced. One of these contains a drug (oclacitinib) that blocks receptors in the nerves that give the sensation of itch, and this has proved effective in many cases. Another new drug (lokivetmab) targets just one out of the many compounds which can potentially cause inflammation. Research has shown that it is not histamine but is a compound called interleukin 31 that is the main cause of itch in the dog. The new drug is given by monthly injections and is an antibody that attaches to interleukin 31 and blocks its action.

Lewie had been battling with a skin problem for a number of months, during which he had received various treatments for secondary bacterial and yeast infections. His itch was so severe that he had traumatised his skin and licked his paws to bare skin. Lewie started the monthly injections last September and the response was remarkable. The itch was dramatically reduced, the hair grew back on his paws, the skin infections were more controlled and he became much happier. His owners still apply a weekly medicated shampoo and he does still get the occasional ear infection, but he is so much better and we are hopeful that we can maintain this improvement. 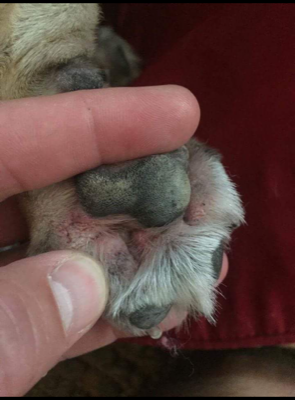 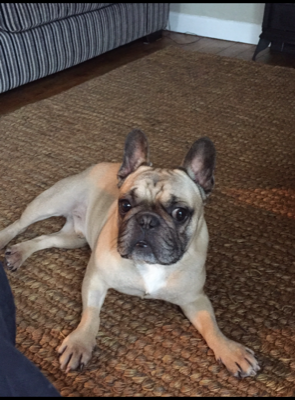 CPR with the fire service
Scroll to top